These days, a lot of people know how to program. However, this doesn’t mean that everyone is a great programmer. After all, there’s a big difference between being able to write some code and being able to create useful applications while working with others. Are you looking to add a new programmer to your IT team? Not sure of what makes a good programmer? Here are 10 traits every good programmer possesses.

What Makes a Good Programmer?

To be a good programmer, a person requires a solid combination of both hard and soft skills. Here are the essential traits that every good programmer possesses.

Programming is a marathon, not a sprint. Applications take months to create, not days or weeks. This is why the programmer you hire needs to possess a good deal of patience. If the programmer you hire lacks patience, they are going to be on edge all of the time, creating an unhealthy work environment for his or her coworkers. Programming involves a substantial amount of trial and error; trying and failing until you get something right. Only a person with a disposition of patience can withstand this relentless trial and error without floundering. It’s important to remember, however, that patience can sometimes equal a lack of passion. Your candidate’s patience should be born out of an understanding of the programming process, not out of indifference.

Programming is a never-ending learning process. This is due to the fact that new programming languages are constantly being created, and new programming techniques are constantly being used. For this reason, the programmer you hire must possess the ability to learn quickly and efficiently. Learning on the fly is a huge part of any programming job, as the programmer must be able to roll with unexpected punches and proficiently accommodate modern technological trends. Learning quickly generally entails brushing up on programming skills outside of work. When hiring, you should look for candidates with certifications in several different programming languages.

One of the bigger problems you’ll run into with programmers is a lack of communication skills. This is simply the nature of the types of personalities which typically pursue programming as a career. However, this does not mean that all programmers are without useful communication skills. Those programmers who can successfully get their ideas across to coworkers are hugely valuable, as they help to ensure that projects are always on the right track. While the programmer you hire doesn’t need to be endlessly talkative, they do need to be able express ideas and developments that are relevant to projects. Though a programmer may be skilled and talented, his or her lack of social skills can eliminate his or her chances of being a quality employee and coworker.

While programming languages are fairly straightforward, using them to create applications is anything but. Regardless of what a programmer is coding, they’re likely to encounter stumbling blocks. If they can’t work through these stumbling blocks, they aren’t legitimately going to make it as a programmer. For this reason, you need to ensure that the programmer you hire has good problem-solving skills. They need to be able to break problems down into small components, figuring these components out one at a time until the bigger picture is realised. Knowing program languages is important. However, knowing how to apply them to real-life applications is even more important. If your programmer isn’t accustomed to chipping away at problems, they are not going to be a suitable candidate.

As was mentioned above, there is a great deal of trial and error associated with programming. What these means is that programmers are going to be failing… a lot. Failing to instantly produce impeccable code is not a big problem. What is a problem, however, is having an inability to fight through failure when it presents itself. In short, perseverance is an absolute must for any programmer. Every programmer has negative thoughts about his or her abilities every once in a while. The difference between the good programmers and the bad programmers is that the good programmers don’t dwell on these negative thoughts. Instead, they get their fingers back on the keyboard and keep coding.

There are a lot of jobs that you can fake. You can go in, punch the clock, and give half an effort until it’s time to go home. Programming is not one of these jobs. One key programmer requirement is a deep passion for what you’re doing. If you’re not enthusiastic about writing code and developing applications, you’re never going to cut it as a professional programmer that can be counted on. At best, you’ll be relegated to grunt programming tasks that are only needed to keep the project afloat. If you’re a hiring manager, you should be looking for a programmer who lives and breathes programming. They should code not only as a job, but as a hobby as well. A good professional programmer sees a day at work as an opportunity to build and enhance an intriguing application. A bad professional programmer sees a day at work as a drag that must be suffered through in order to make a living.

While most programming jobs are fairly low-stress, there are always occasions in which stress presents itself in a big way. When these situations present themselves, you want a programmer who rises to meet them head-on. Someone who doesn’t get overwhelmed by the pressure. Some individuals have a tendency to get negative when stress starts weighing down on them. They lash out at co-workers, speak in condescending tones, and create an overall hostile work environment for those around them. Individuals such as these are poison for a workspace, as they typically end up disturbing any morale which could be created. Programmers who can handle stress keep a cool head on their shoulders. They don’t throw others under the bus, they don’t speak in harsh tones, and they take responsibility for their actions. In essence, they act like leaders.

Software applications require that a great deal of code be written. At times, the amount of code that a programmer is responsible for can be overwhelming. That’s why, to ensure that they always have everything generally under control, your programmer needs good organisational skills. Not only should your prospective programmer write clean and well-documented code, but they should also keep track of his or her responsibilities by recording progress throughout a project. Good organisational skills ensure that everyone working on a project understands what needs and doesn’t need to be completed. When programmers don’t have good organisational skills, they need to have their hands held through everything. This puts undue responsibility on other members of a programming team, slowing down progress.

10. Ability to Work with a Team

As was alluded to a few times above, a comfortable work environment is of utmost importance. If a workplace possesses a hostile environment, employees at that workplace are going to struggle to perform to their maximum abilities. How do you ensure a comfortable workplace environment? By hiring employees who are well-mannered, respectful, and capable of working well with a team. Almost all professional programming is performed in a team environment. Programmers must work together to sync up on different parts of a given application. If even one team member demonstrates an apathy to working with others, the team will run the risk of rolling off the tracks. This is because a lack of teamwork results in a lack of communication.

Now that you know what makes a good programmer, you might need some help finding one. If so, you’re in the right place. DIVY is one of the premier job recruitment companies in all of Australia. Utilising a variety of sophisticated methods, we do everything we can to connect qualified candidates with qualified businesses. If you need a good programmer, we can help you. Contact us today to discuss your needs!

Why Your Business Needs a Mobile App

10 Common Compliance Challenges to Watch Out For

What is a Release Manager and When are They Necessary? 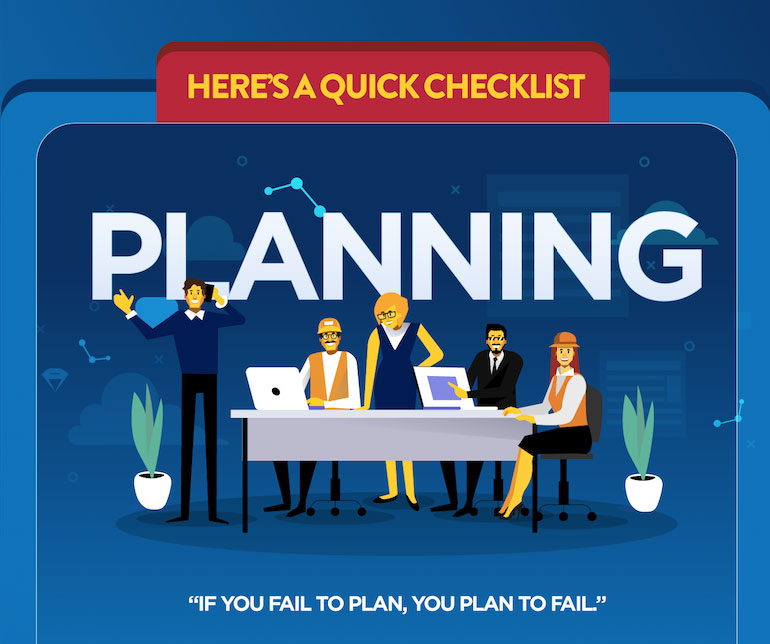